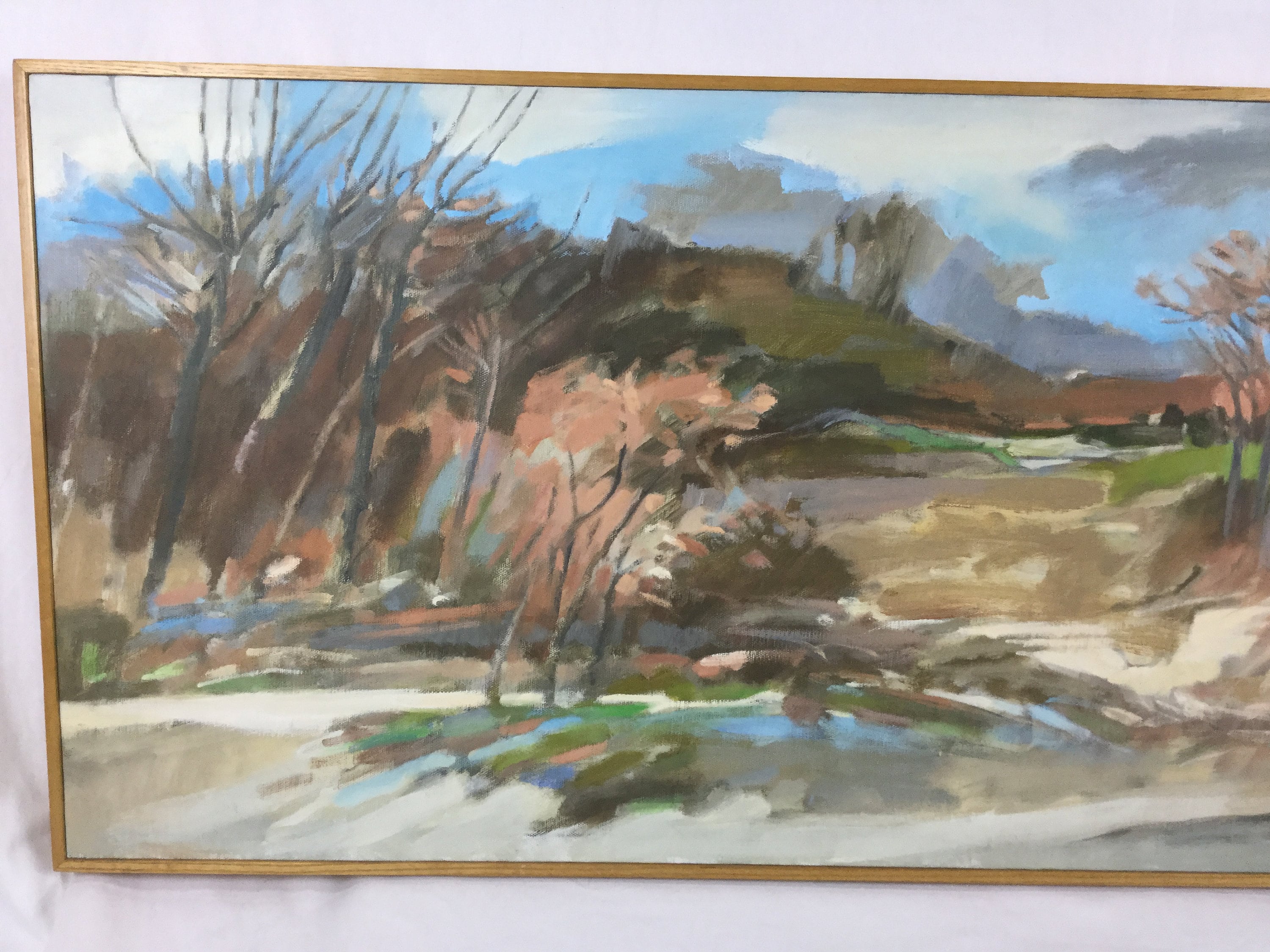 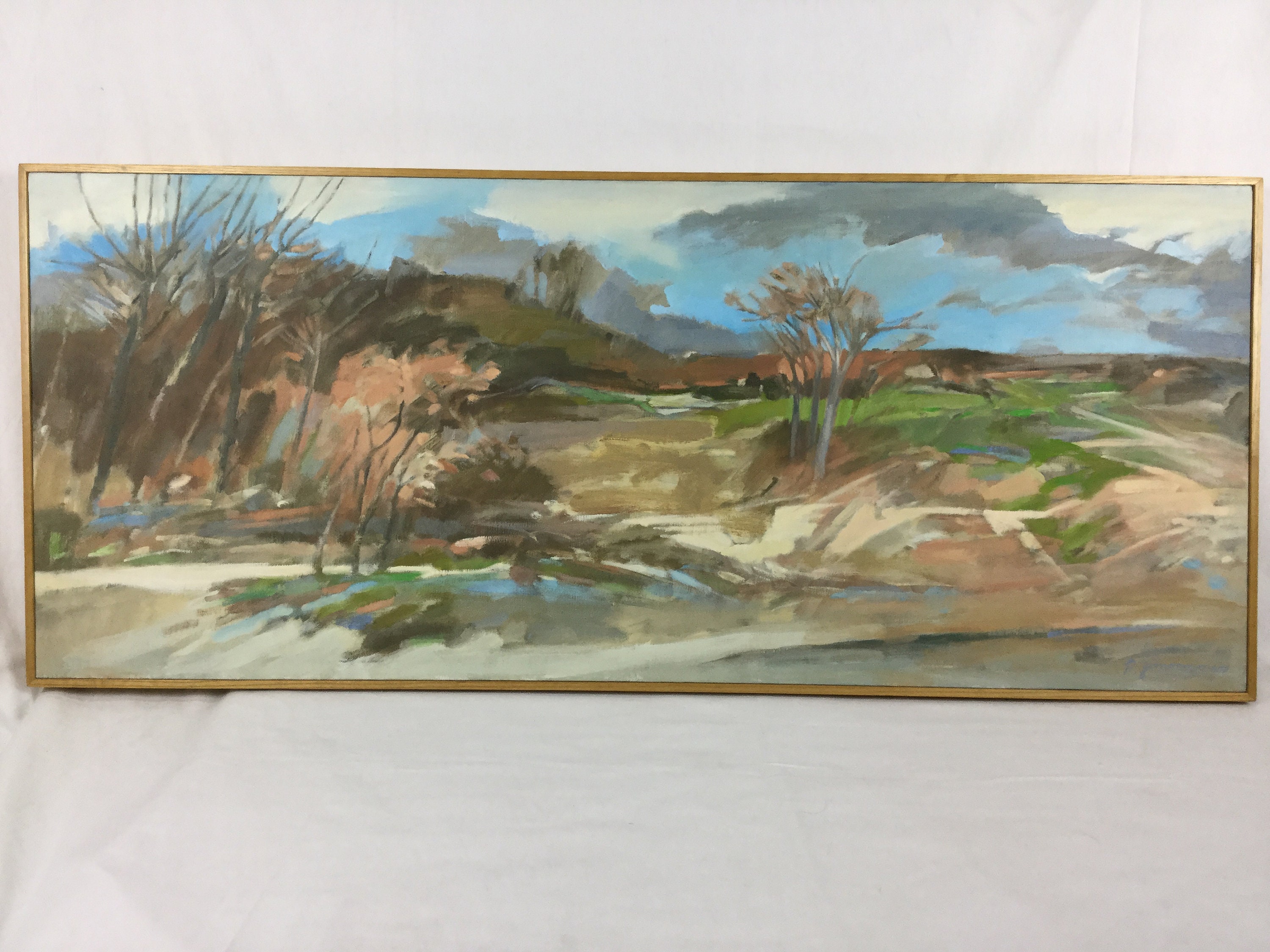 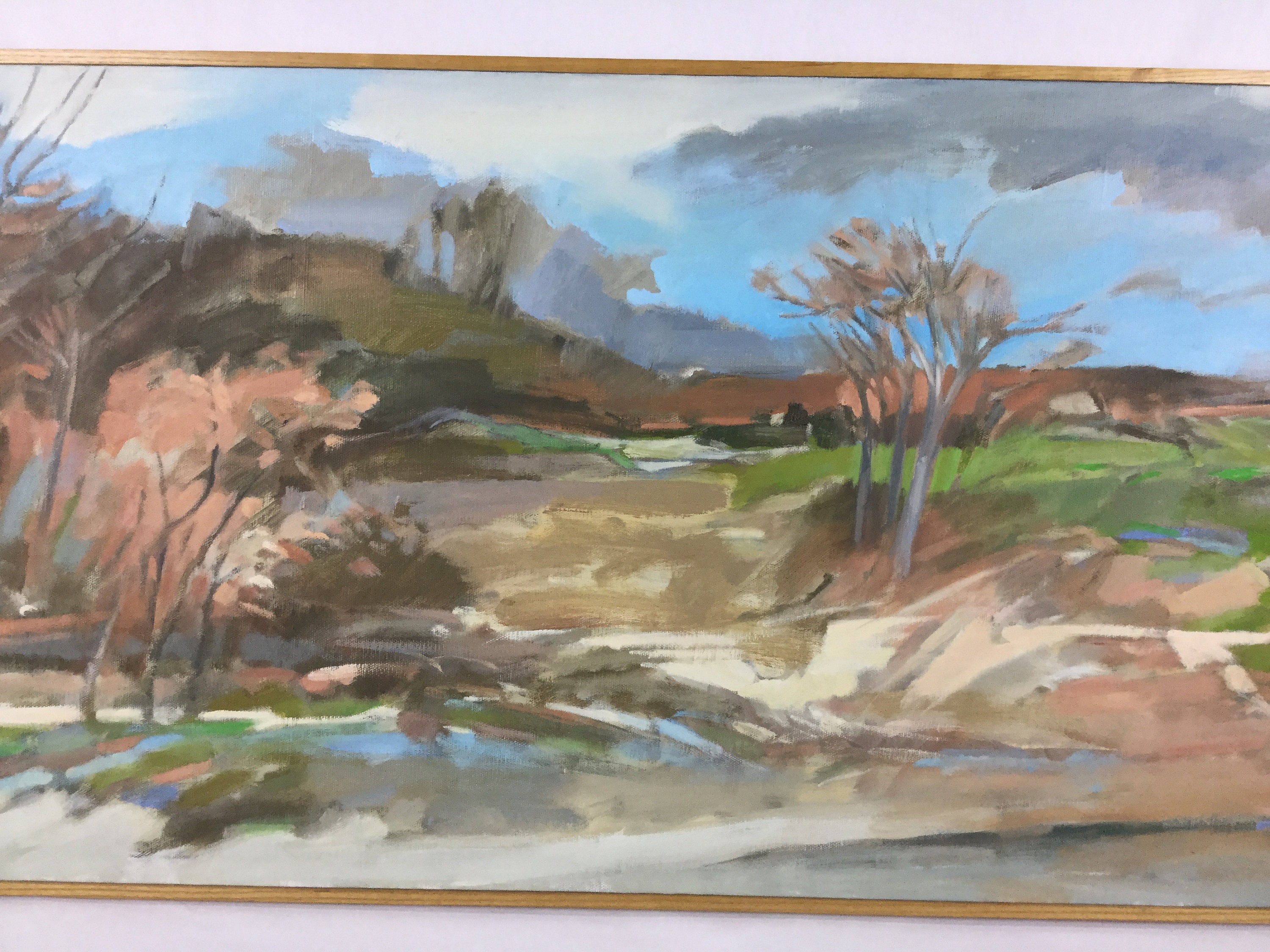 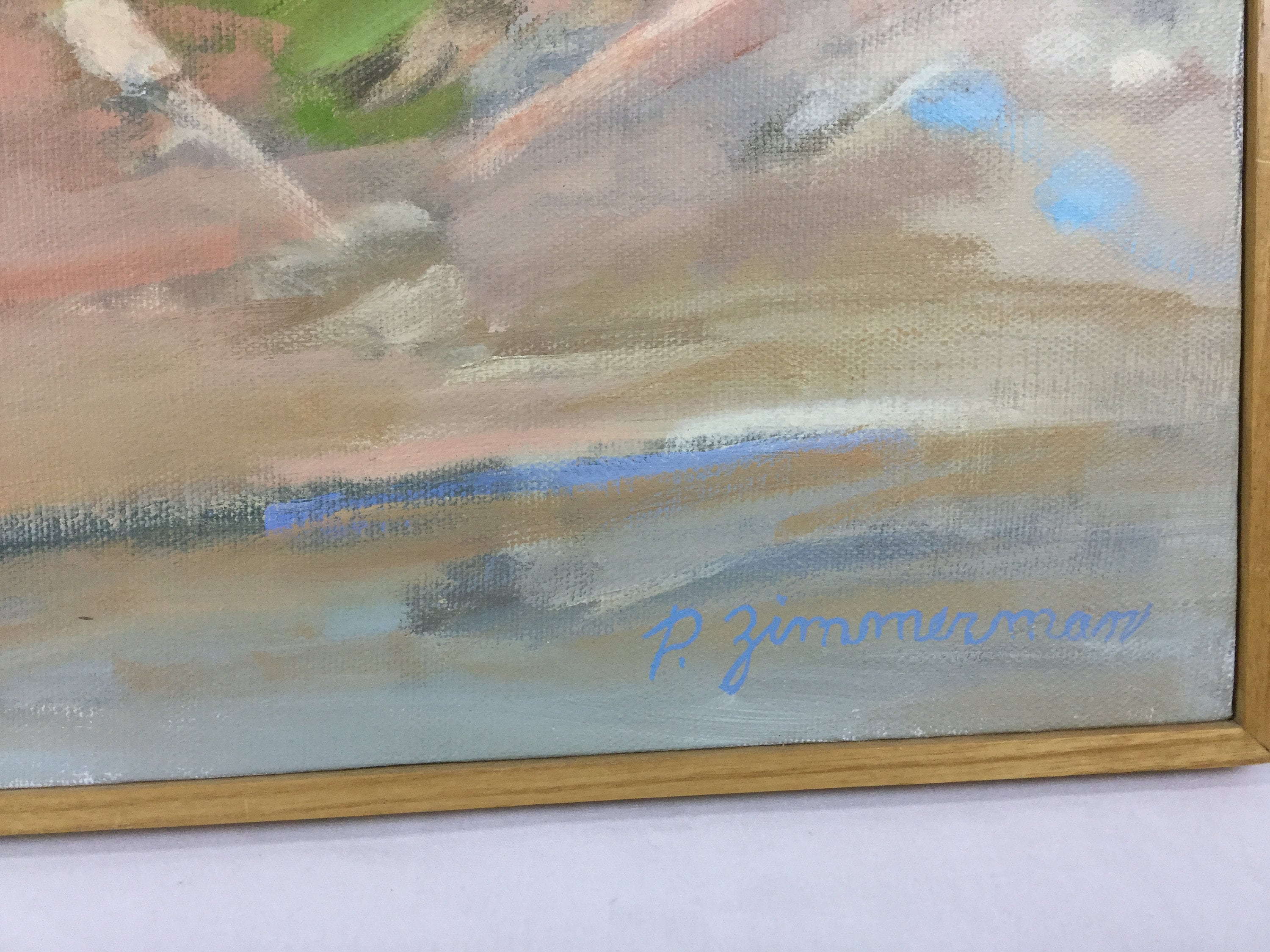 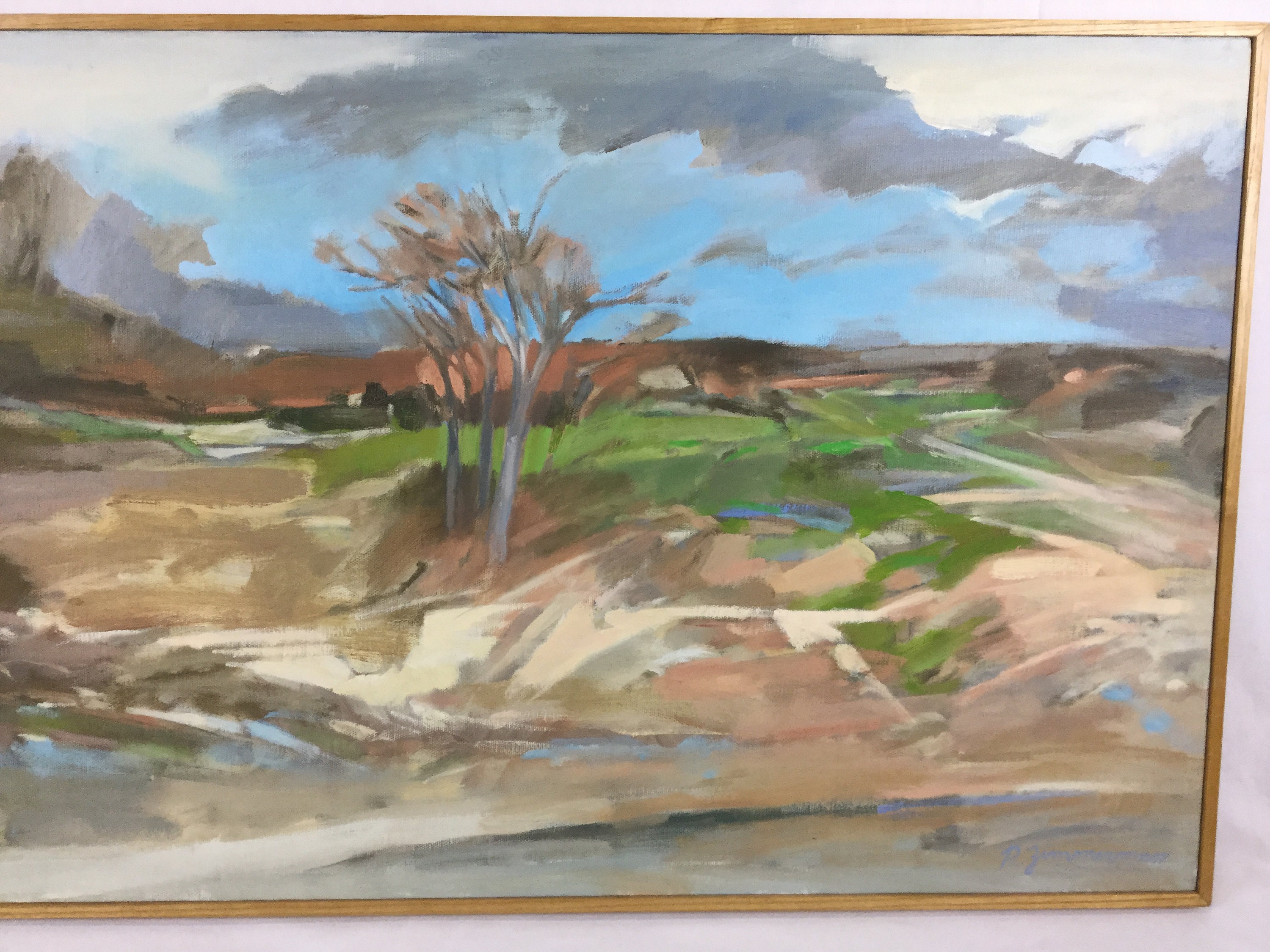 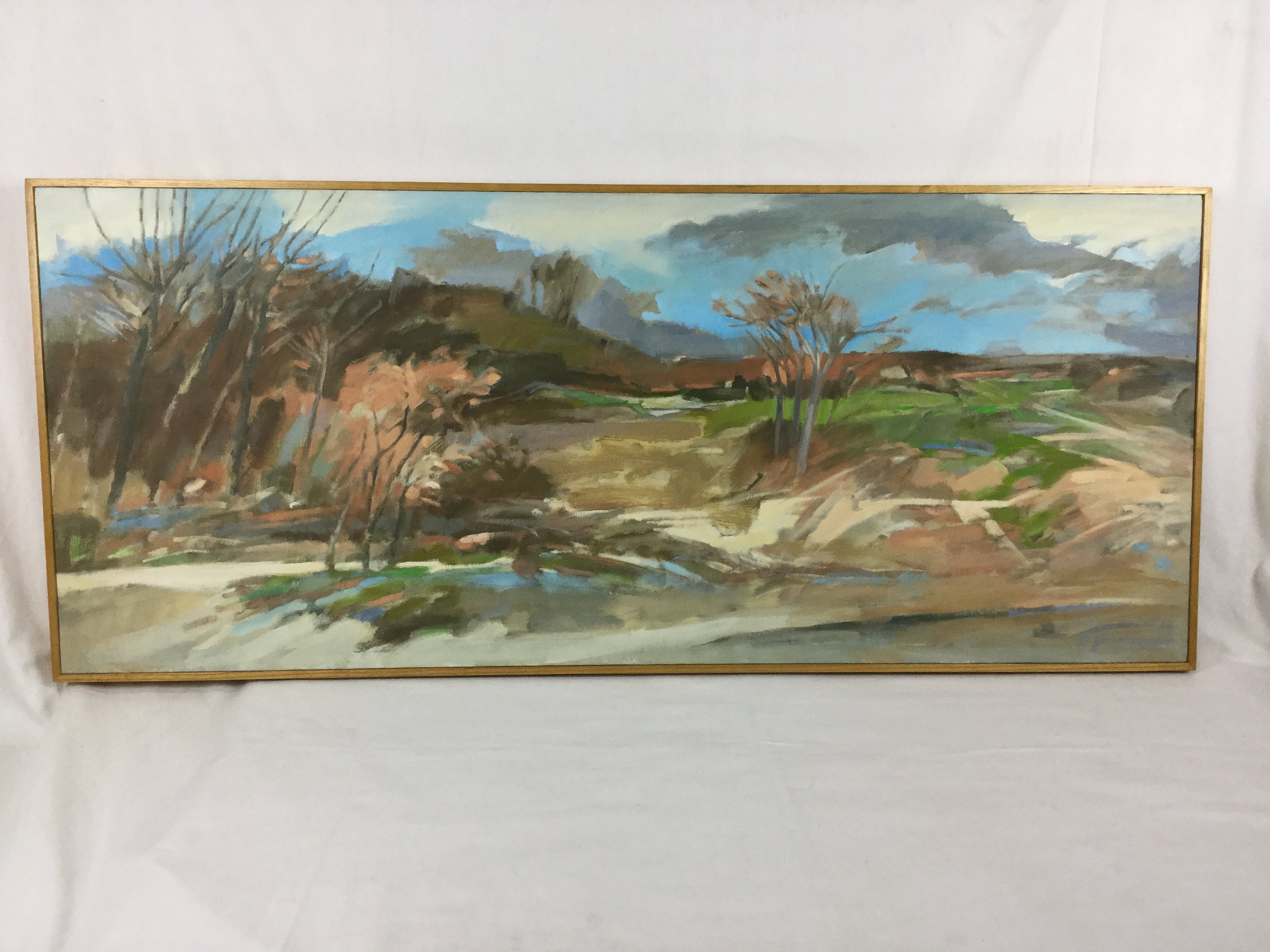 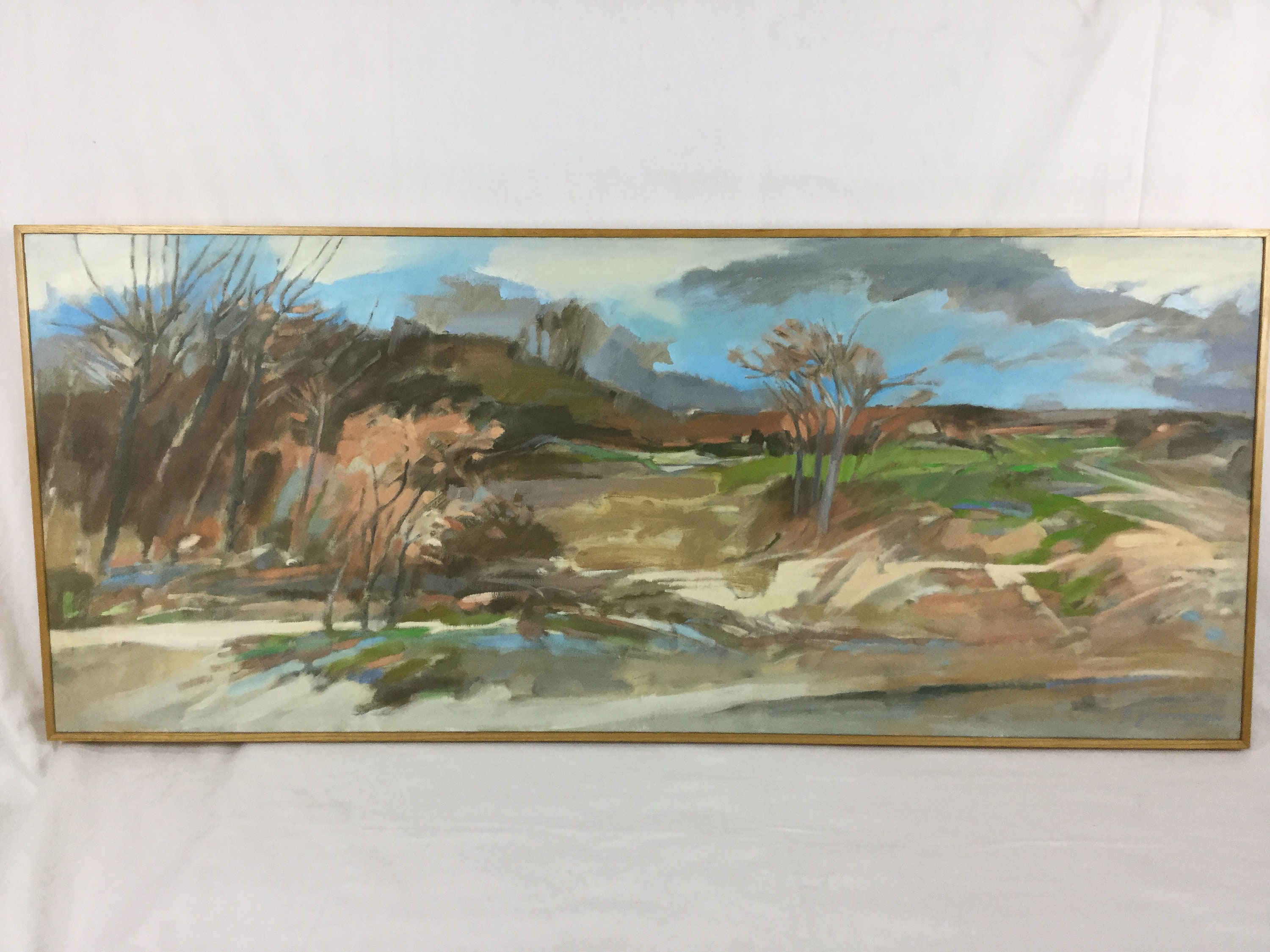 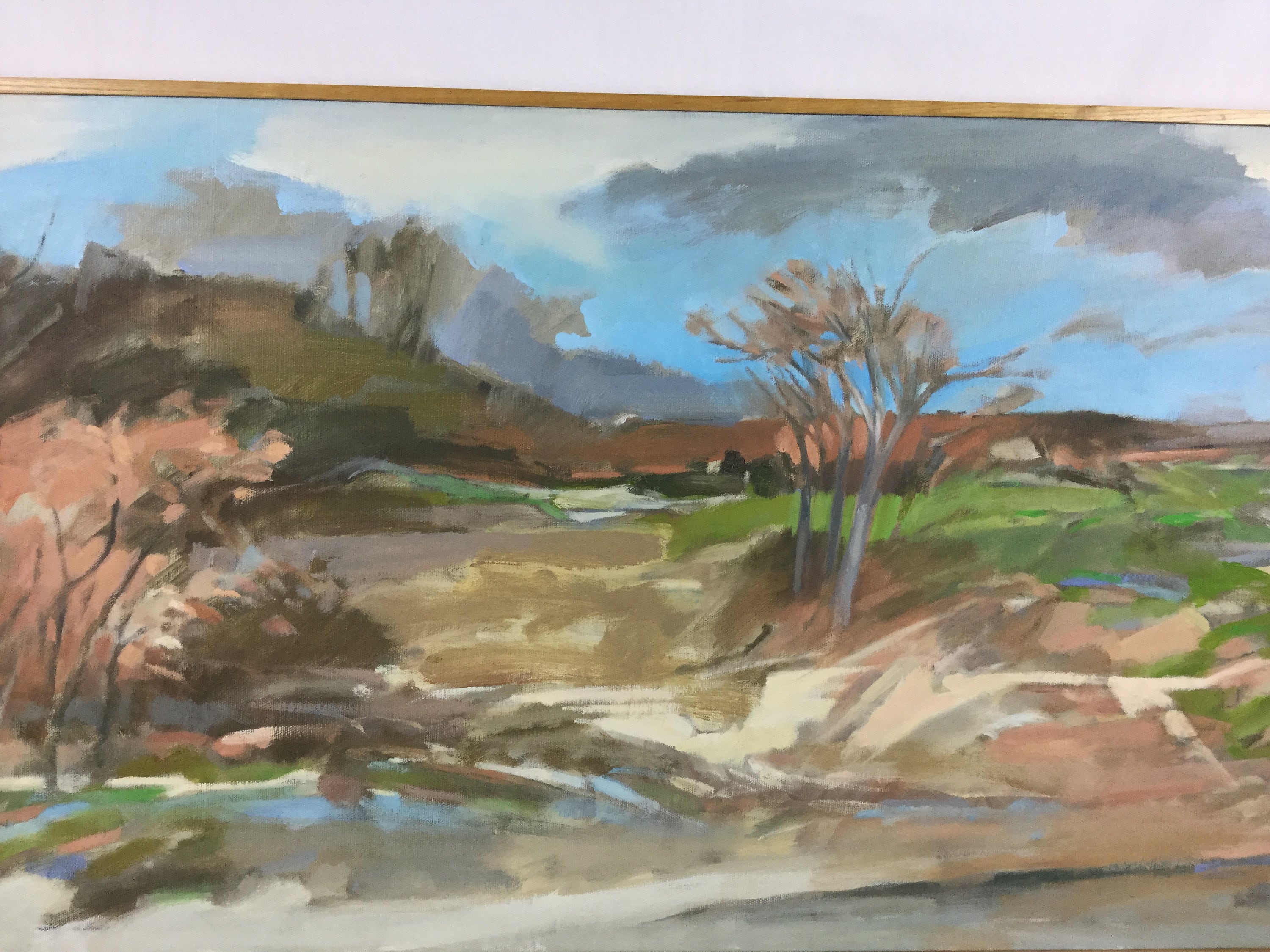 A beautiful original oil painting by Paul W. Zimmerman ca. 1950s Of autumnal season of Berkshire Mountains during his time in Connecticut.

Biography: Paul Zimmerman was an internationally known artist and Professor Emeritus of the Hartford Art School. Born in Toledo, OH, he graduated from Kokomo, IN High School in 1941 with a full scholarship to John Herron Art School, where he earned his Bachelor of Fine Arts degree in 1946. At graduation he received the Mary Milliken Memorial Fund Scholarship, which provided funds for him to relocate to NYC. Professor Zimmerman came to Hartford at the invitation of his former teacher, Heinrich Mayer, then Director of the Hartford Art School. He accepted his faculty post in 1947. Paul remained on the Hartford Art School, University of Hartford faculty until his retirement from full-time teaching in 1986. Though retired, he continued to paint in his studio, and to teach part-time at the Hartford Art School and at the West Hartford Art League until the year before his death. A prolific landscape painter, his oils and watercolors are found in numerous museums, corporate and private collections, including the following: The Connecticut Academy of Fine Arts; the Springfield Museum of Fine Arts; the Pennsylvania Academy of Fine Arts; the Wadsworth Anthenium; the Slater Museum; the University of Notre Dame; Lehigh University; First New Haven National Bank and United Technologies Corporation. His work is included in the private collections of actress Dina Merrill and the late actor Edward G. Robinson. He had also been commissioned to design a series of murals for Chase Manhattan Bank in New York. During his career, his art work was represented by galleries in New Jersey, Maine and Connecticut. Among his many honors were an associate membership in the National Academy (1959) and full membership as a National Academician in 1972. He was the recipient of scores of awards for his artwork, including: The Hallgarten Prize (1954; The Wallace Truman Prize (1956); The Salmagundi Club Prize from the National Academy (1962); Second Prize, Butler Art Institute (1958); Members Prize, Boston Arts Festival (1964); The Patrick B. McGinnis Award, Berkshire Arts Festival (1961); Second Prize at Chautaugqua (1955); The Howard Penrose Award, Connecticut Academy (1959); Third Prize, Kearney Memorial Regional Exhibition, Milwaukee, WI (1964); The Gertrude Melcher Springer Prize at the Indiana Exhibition (1959); First Prize, Connecticut Watercolor Society, and the J.I. Holcomb Prize from the Herron Art Museum (1955).

Shipping is NOT included. Please contact us for shipping quote at tongueinchique [!at] yahoo.com or 203-345-6684