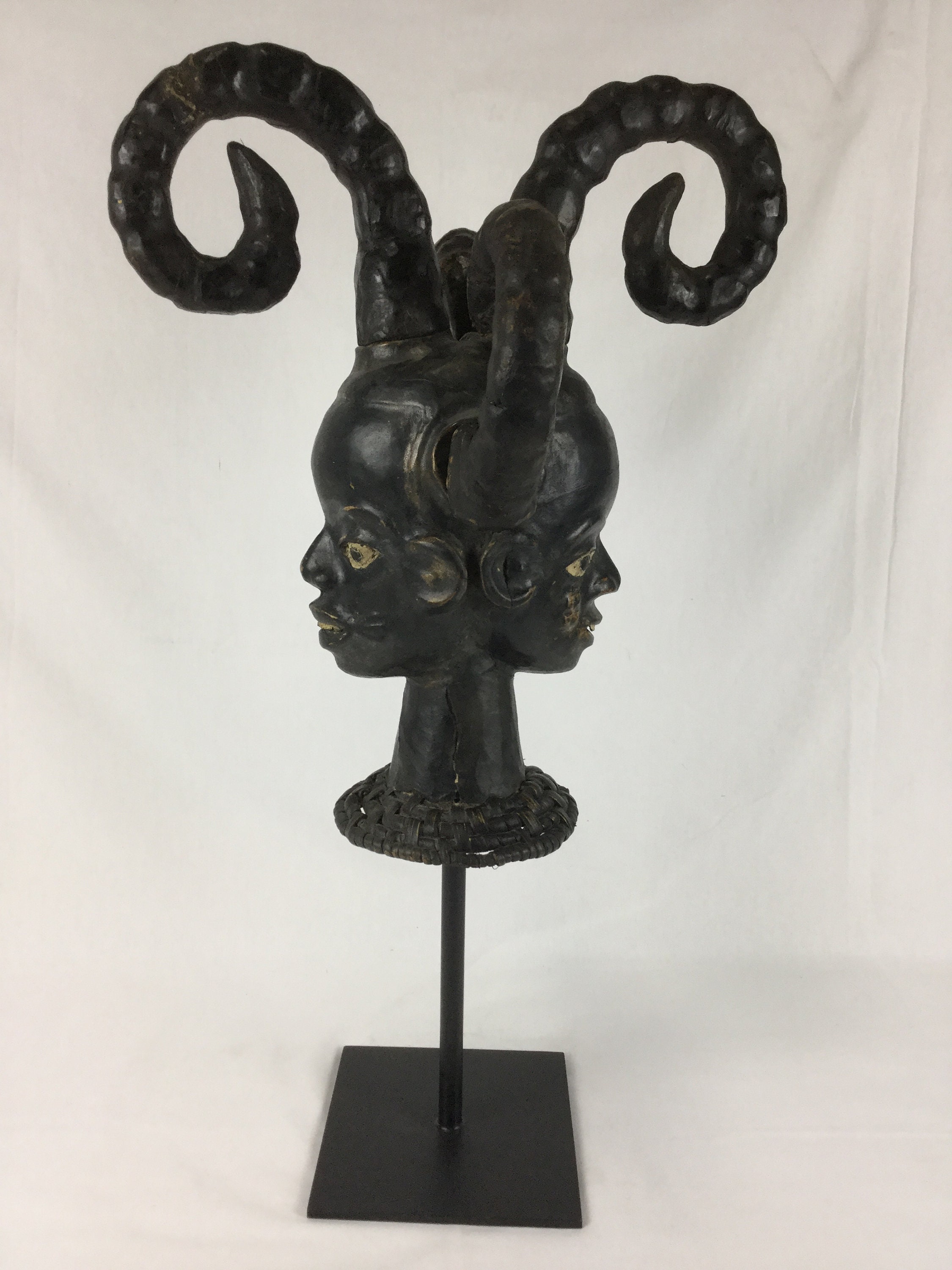 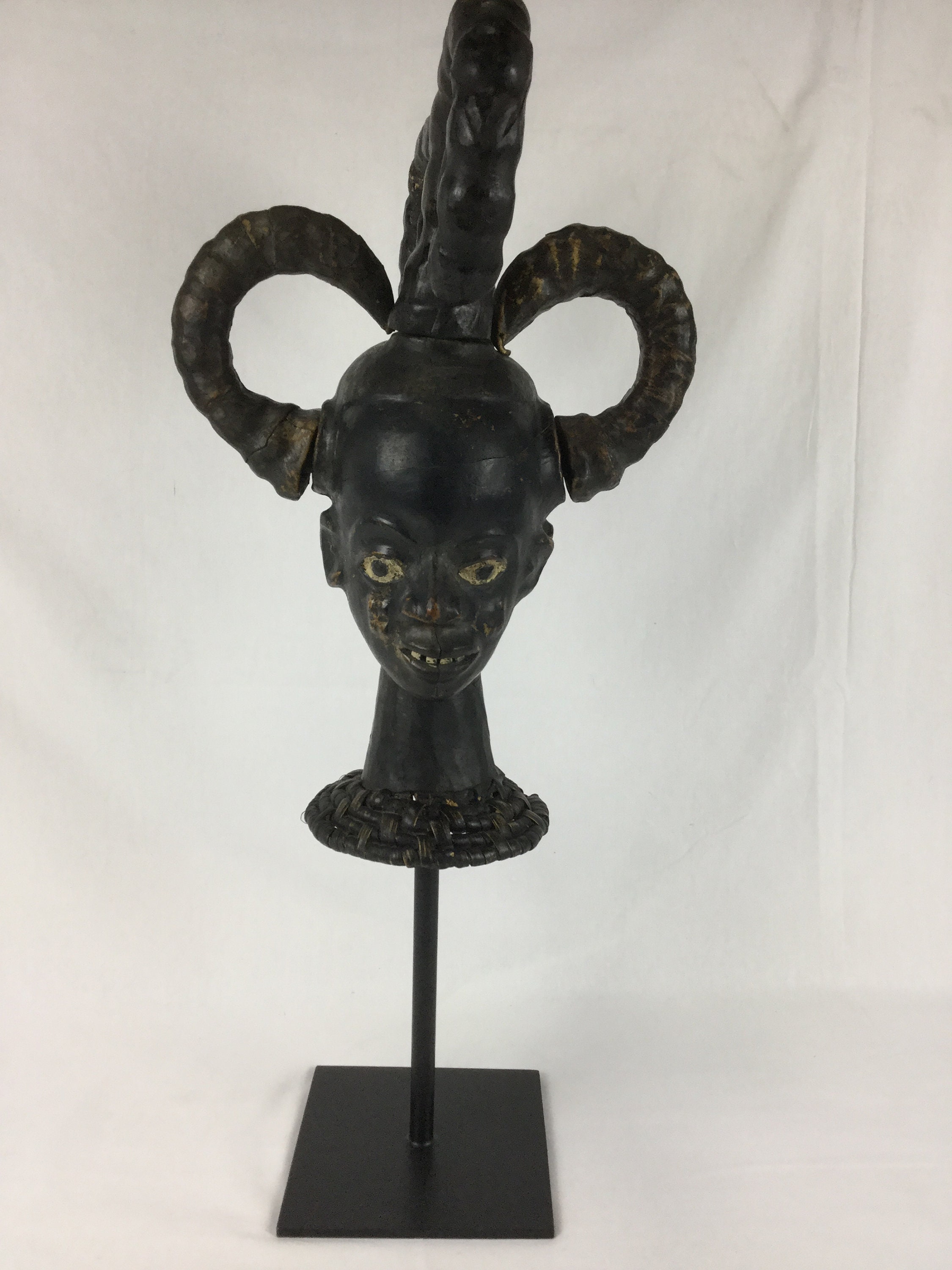 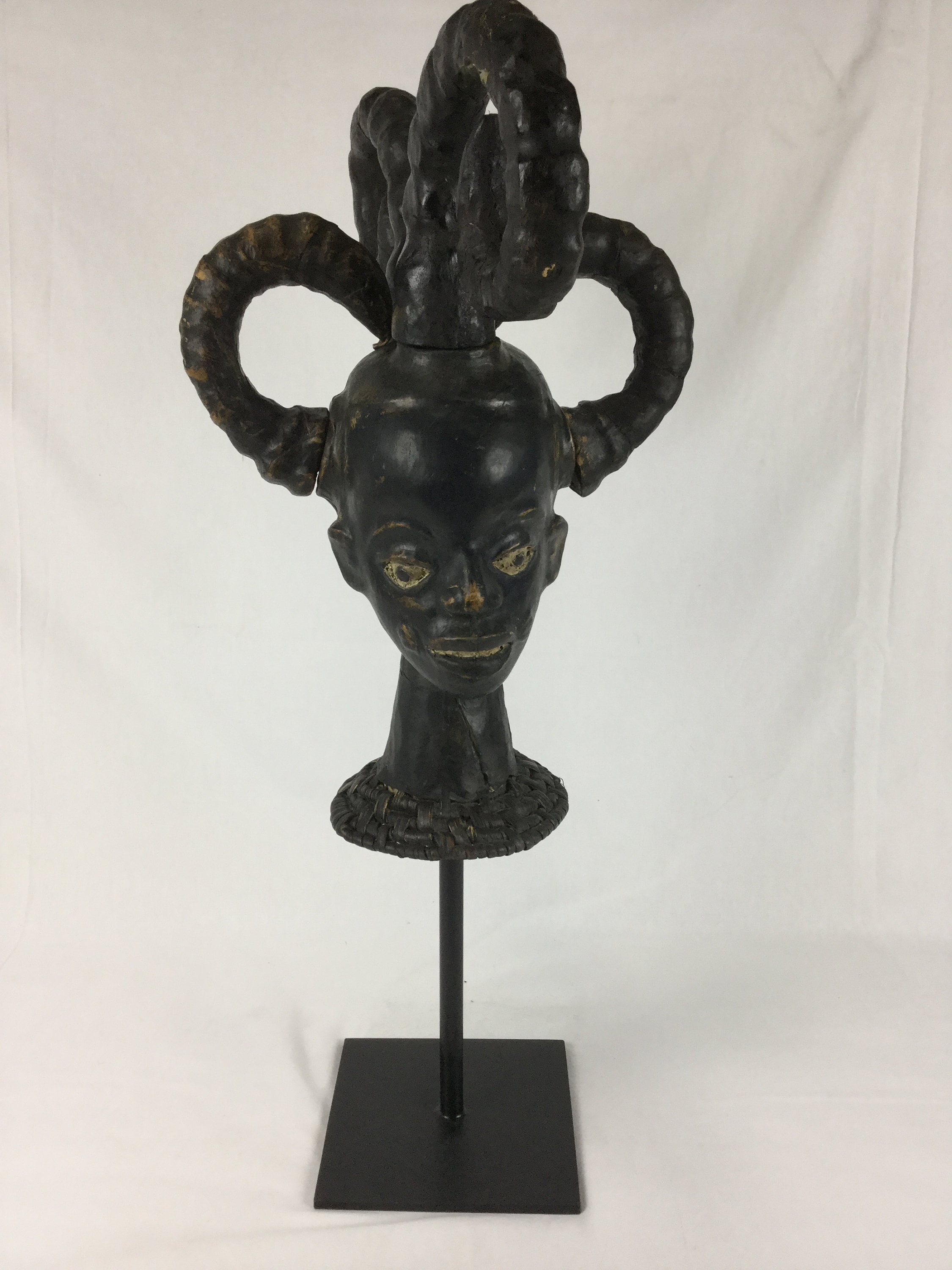 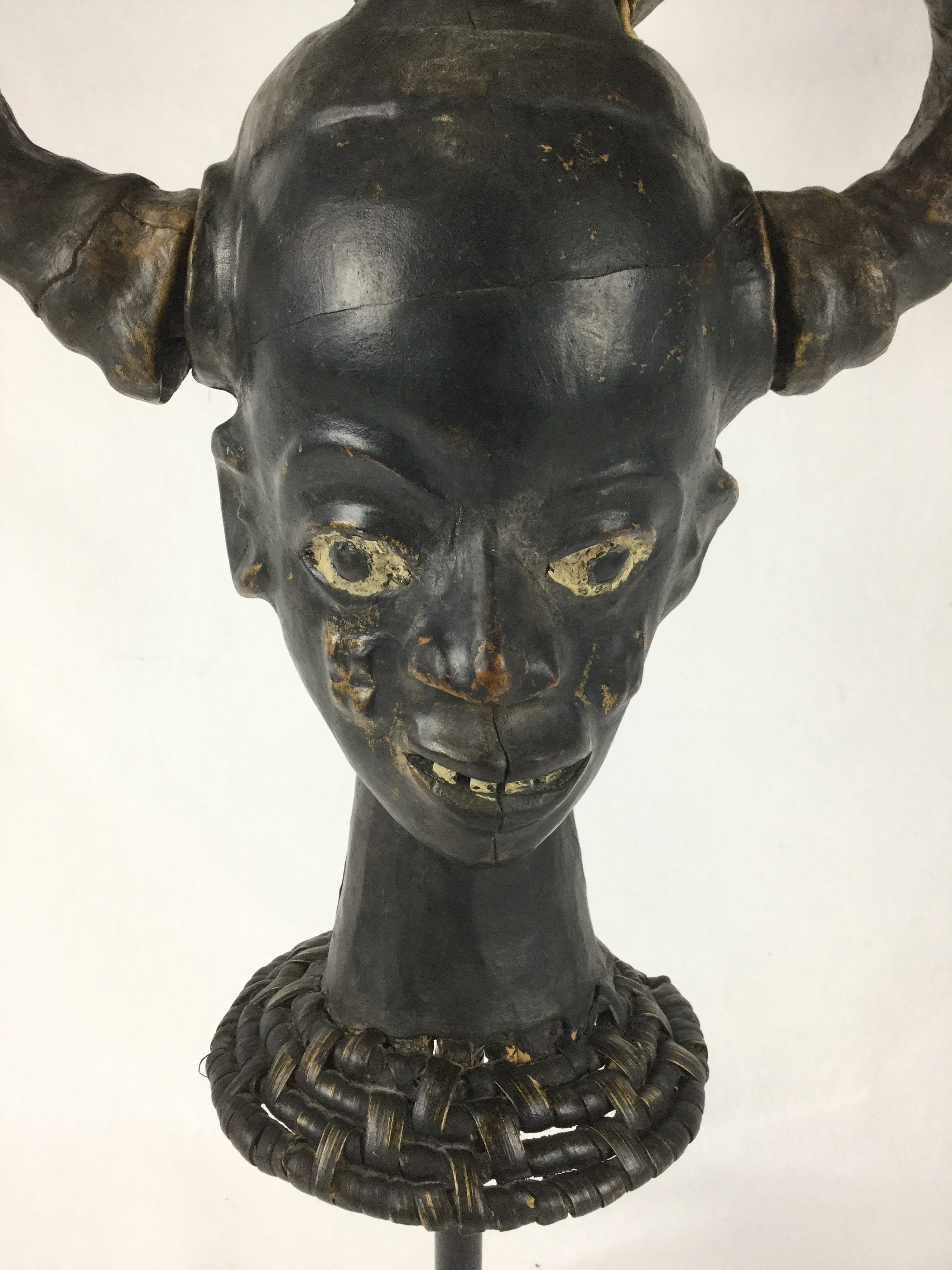 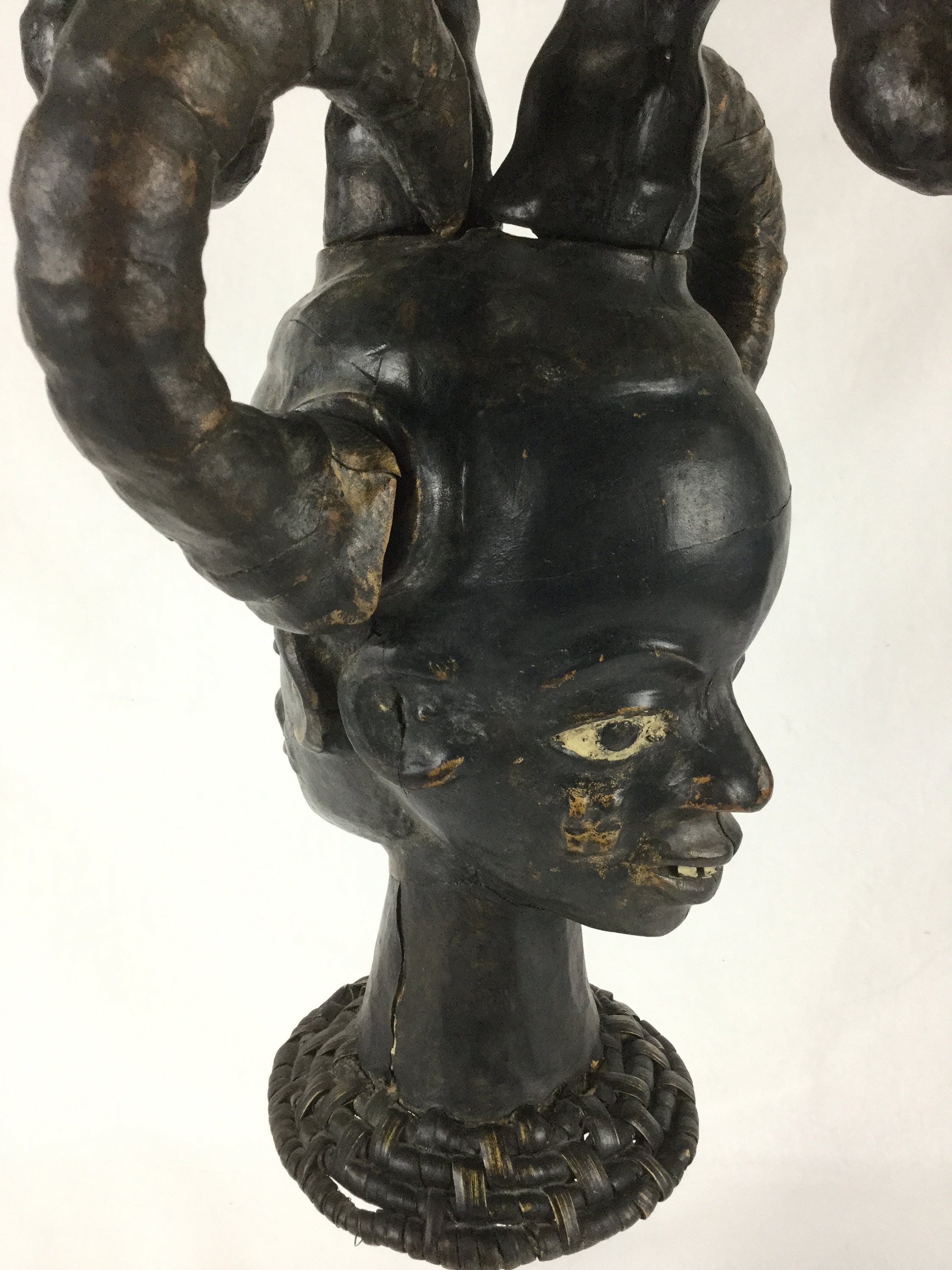 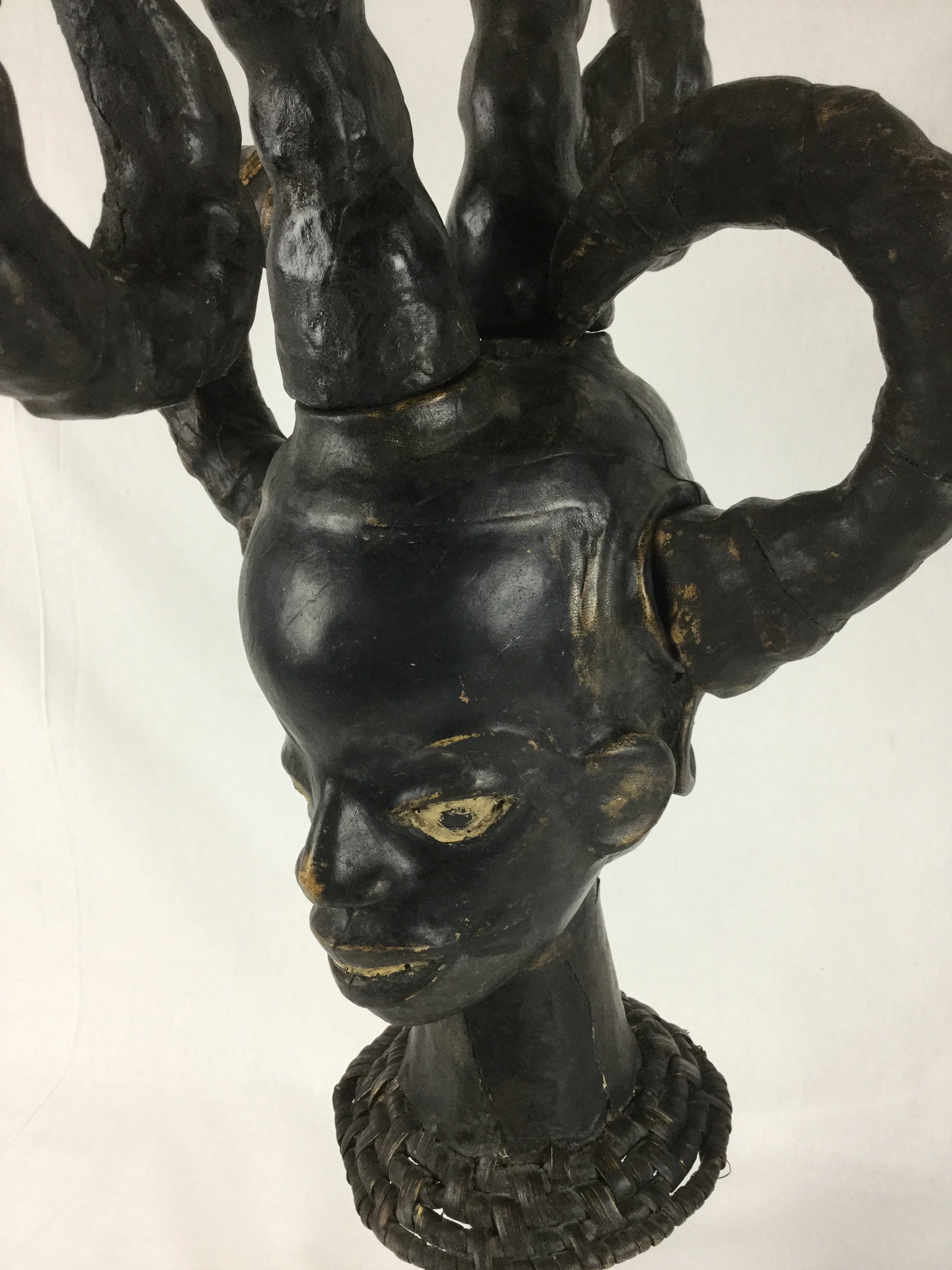 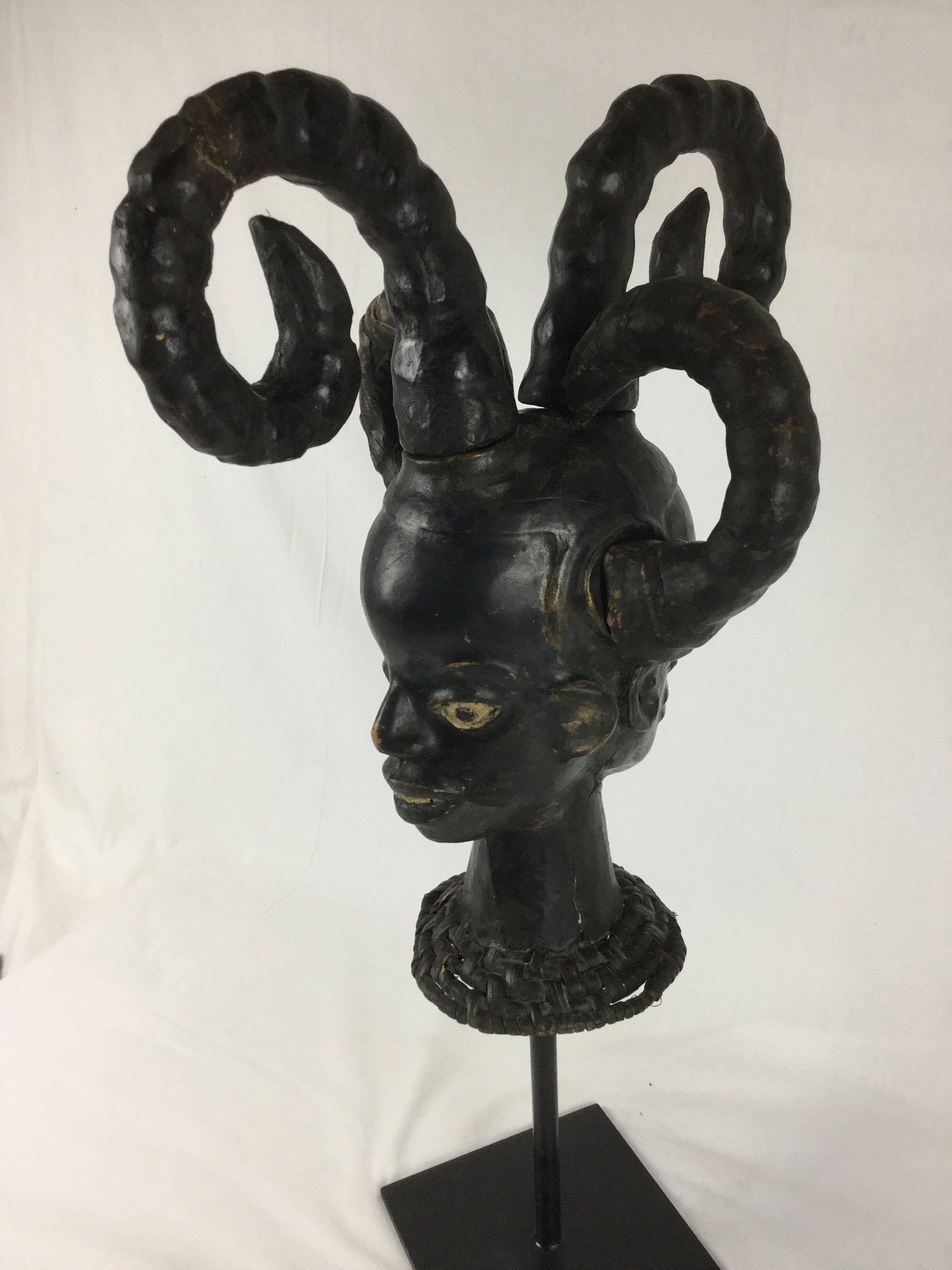 Use Coupon Code FRIENDS To Get 30% OFF
Use Coupon Code FRIENDS To Get 30% OFF
Measurements:
28 inches with Stand 18 inches without
15 inches Width X 13 inches Depth
Provenance: A family of collectors
See Metropolitan Museum
The important art forms of the Ejagham people are connected with the institution of the Ntoon and with the men's and women 's associations. The
best known of these art forms are the large, skin-covered headdresses (crest masks), which may have one, two or even three faces, and the
smaller headpieces, which may represent a head or an entire figure.These exceptional headdresses are owned by associations whose members
are men or women of the same generation but membership is often further restricted to those who have performed certain feats or are proficient in
particular skills. In the past, for example, there were associations of hunters and of men who had killed leopards. The masks, which bear the same
name as the society that owns them, are worn during funerals, initiations and other events. Some are startlingly naturalistic and may be portraits of
known individuals; others are highly stylized.

Because of the young faces and size of this exceptional sculpture, may have been worn by a younger initiation rights. A rare form of example.

There are two principal types of masks: helmet masks that cover the wearer's head entirely and crest masks, often referred to as headdresses,
which are attached to basketry caps worn on the top of the head. Both types were made by an artist who carved the form from a single piece of
wood and covered it with soft, untanned antelope skin that had been soaked in water for several days. He stretched and tacked the skin into place
until it dried and stiffened. Eyes, scarifications, and hair were often carved separately and pegged into the finished piece. Before being worn, the
headdress was painted or colored, then adorned with metal pieces, wooden pegs, real hair, porcupine quills, feathers, or feathered rods stuck into
holes at the top.